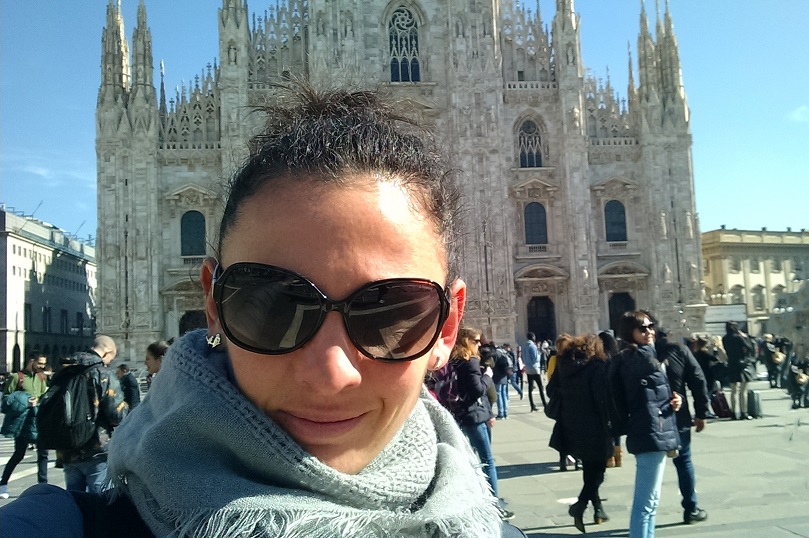 For 35 years, the project European Capital of Culture has developed a professional communication system for communicating cultural topics. I explored it with my master’s thesis at the University of Milan. For this post, I’ve adapted the Facebook strategy of the cultural capitals to the daily communication of ordinary users.

Everyone is a media outlet

Despite different cultural programmes, all cultural capitals use the same communication framework. For convenience, I’ll only use the example of Pafos 2017 Facebook strategy. I downloaded and analyzed the one-year communication campaign for my master’s thesis at the University of Milan in 2018. But their strategy Open Air Factory is still relevant and trendy because of its focus on open-air events. I visualized the data with Tableau, a visual analytics software.

To get it right, ordinary users need to appreciate the two notions: ‘Everyone as a media outlet’ in the context of the media amateurization and ‘Facebook as a constantly evolving networking platform’.

The idea of ‘mass amateurization’ has been around since 2008 featured in the book Here Comes Everybody by Clay Shirky, an American consultant on the social and economic effects of Internet technologies. With the emergence of the internet, everyone got the resources to be a reporter. Digital tools facilitate organization and problem solving on a large scale. To make one’s story big news and solve some problems with it, Shirky suggests activating other components of the ‘media amateurization’: collaboration, peer production and networking.

Facebook, with more than two billion users worldwide, is the most popular of all the social networks. It’s changing its priorities and features all the time, but the main purpose remains the same – networking. The new appearance of Facebook and its updated features may be puzzling or straightforward. It depends on one’s communication strategy.

For ECoC teams, Facebook is the most used platform. With a wide range of high-profile consultants, the ECoC project has become a famous brand and developed its own communication system. Nowadays, popular brands perform as media companies by investing in premium content that is distributed on multiple platforms, cuts through audience fragmentation, and involves customers in real conversation.

Because of high competition, today’s media landscape requires a cross-platform approach with multiple touchpoints for connecting with consumers. And it would be very beneficial if ordinary creative practitioners made use of the ECoC communications framework as well. It will help to develop meaningful communication, activate networks and promote art projects in a more user-friendly way.

The following three tips cover the key stages of the Pafos 2017 communication. The 1st paragraph of each step demonstrates how the Cyprus city deals with the process and the 2d one explains how to make the strategy work on a consumer level.

1 Plan: The Pafos 2017 communication strategy was guided by its programme topic Open Air Factory with the motto “Linking Continents – Bridging Cultures”. It was built around four lines: Myth and Religion, World Travelers, Stages of the Future and The Travelling Stage.

For individuals, it’s logical to design their communication focusing on its occupation or a hobby. It would be helpful to create the name of your communication programme, establish a timeframe and create an optimistic credo. This will help to clearly define your beliefs in the context of your activity. Clarity brings meaning and guidance that acts as a compass in an incredibly noisy world.

2 Determine focus: Overall, Pafos 2017 had 280 events over the year in 7 categories (Cinema, Architecture, Archeology, Gastronomy, Community involvement, Literature and Miscellaneous). 543 Facebook posts covered all the activities. Some events were covered longer than others with several announces and follow-up stories. In this way, the team defined the key focuses and audiences.

Many ordinary Facebook users have less eventful lives than cultural capitals but still have the same need to promote their projects. As any media outlet, you need to cut through the clutter and connect directly with people who might need your product or service. It’s useful to regard important events like separate communication campaigns and create a set of posts for each.

3 Diversify content: About 50 per cent of Pafos 2017 posts were photo content. As demonstrates Engagement metrics, photos turned out to be the most engaging content as well, gaining over 15000 likes. But videos were twice more frequently shared (about 5000 times) than photos. In terms of Top 10 most engaging posts, two types of messages mostly resonated with users: mood-enhancing posts related to Pafos 2017 identity and content about collaborative projects.

To engage people with your content, get creative with it: shape quotes with images, infographics, charts and memes. And don’t forget about mood-enhancing posts with inspiring phrases! There are three great free tools: Canva, Picktochart and Photocollage with various templates.

As demonstrates the Pafos 2017 example, the use of a system is not about strict rules but rather about unlimited flexibility and endless creativity in the framework of systematic communication style. It’s clarity and a natural order that makes it beneficial for everyone.

My Eco Holidays with Bird Therapy on Pomori[…]

How to Learn Foreign Languages Quickly with[…]