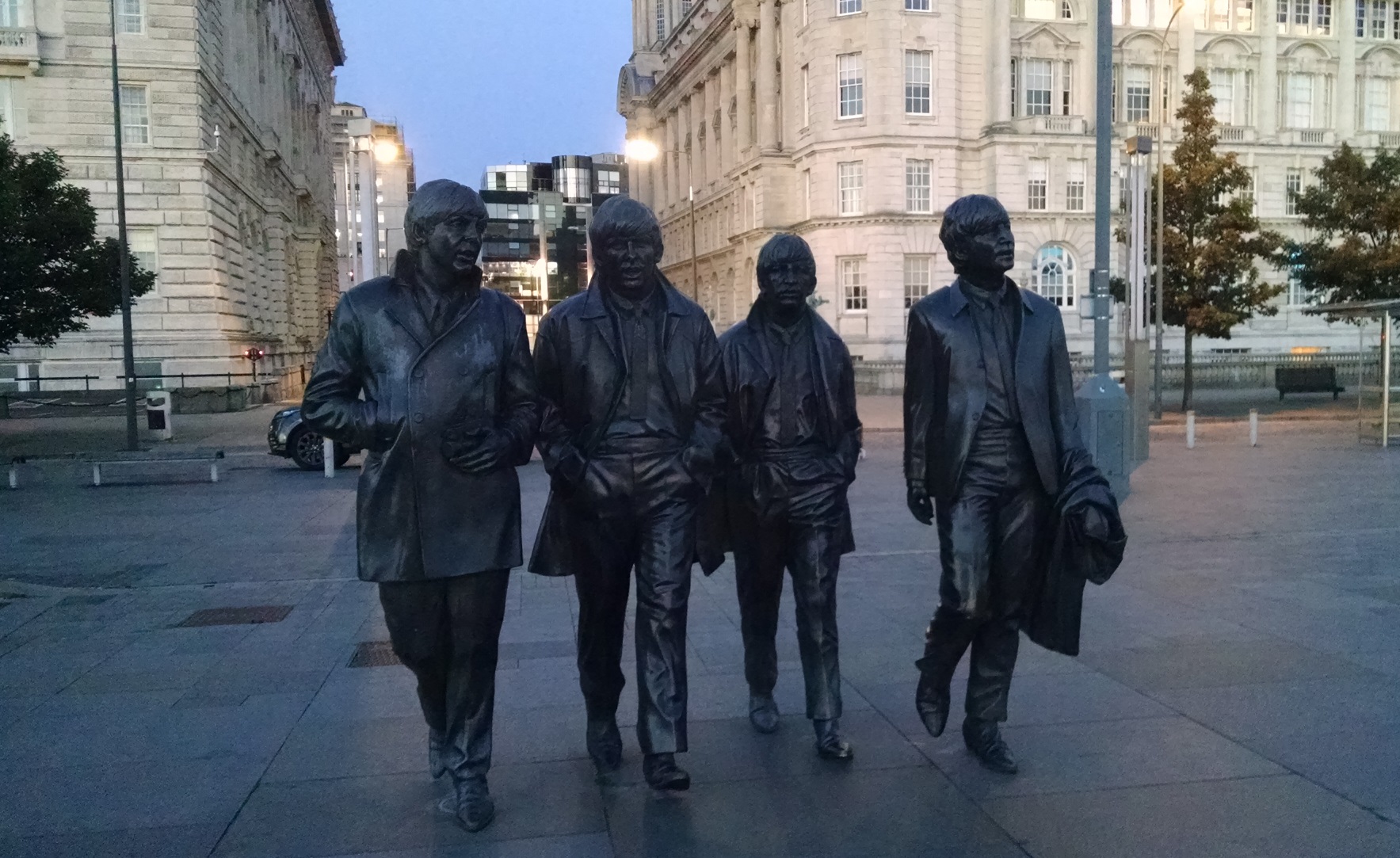 Since holding the status of the European Capital of Culture – 2008, the number attractions of Liverpool has increased significantly. Street musicians of different genres are the most salient expression of the city culture. You can see and hear them everywhere. On my visit in November, I encountered six musical performances in one day!

The Royal Albert Dock and the Wheel of Liverpool

The former warehouse is an iconic building of the Victorian era. It was one of the world’s major trading centres during the 18-19th centuries, a pioneer of port management and the starting point for migration to America. Now it hosts galleries, shops, hotels and museums (Beatles museum and Merseyside Maritime Museum).

The Wheel is the tallest object in the complex, 60 meters. The one ride is approximately 10 minutes.

The most popular selfie spot in Liverpool added to Waterfront in 2015. Its placement was devoted to the 50th anniversary of the band’s last gig played in Liverpool. In the day there is music and a long line of tourists.

The place where you can familiarize yourself with the legendary tales of Liverpool: the building of Titanic and the Beatles stories.

My visit coincided with the exhibition Double Fantasy about life, creative work and activism of John Lennon and Yoko Ono. A very interactive display: screens with interviews and music, a wall for notes and installations!

Liverpool is famous for its wall painting, and some websites offer a great map of Liverpool street art. My favourite artwork is six dancers in white suits by Paul Curtis (a Liverpool-based artist specializing in street art and large murals). I love its minimalistic palette; the artist used just three colours. Probably, it is the least colourful artwork in the city but very stylish!

The guide to cut-price tomatoes in Pomorie […]

When to Visit 5 Famous Paris Museums for Fr[…]