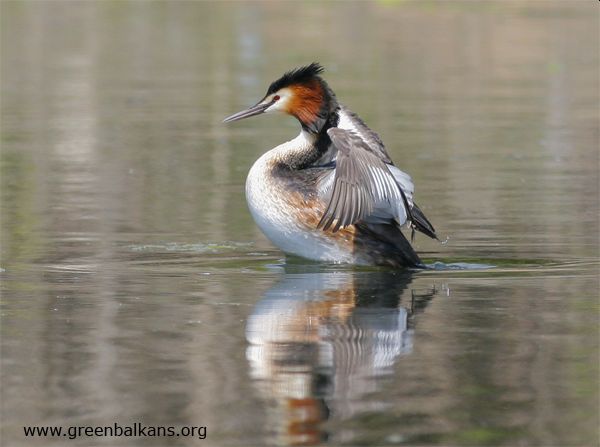 It’s a great opportunity now for birdwatchers to see a lot of different species in Pomorie where they come for a breeding season. Green Balkans has announced July the Sandwich Tern’s month. The Visitor Centre is the main bird-watching spot. It works from 10.00 to 18.00, Monday – closed.

I spent about two hours there observing different species through binoculars, a live video feed and learning about them on an exciting guided tour with a great guide and passionate birdwatcher Alexander Dobrev.

The sandwich tern is a seagull-like seabird and it’s the main symbol of Pomorie. Alexander proudly told me that the number of the nesting pairs has recently risen from just 6 (in the 1990s) to 1500. Green Balkans and British Trust for Conservation Volunteers’ restored the birds’ habitats.

From April to September, it’s not allowed to approach the lake to not disturb the birds. Visitors can get more close-ups using telescopes and binoculars available at Pomorie Visitor Centre.

The devices allow for watching the birds in the radius of about 2 km. A large screen on the wall of the centre with live video is an additional source of observation.

The sandwich terns don’t build nests but simply create hollows in the sands. So, they are extremely vulnerable to predators. To protect their eggs, the birds apply a very smart strategy. They choose more aggressive neighbours, as a rule, other types of seagulls. Additionally, their eggs have a very special design that matches well with the sand and becomes invisible to predators.

During my visit, I could see about 10 species on Pomorie Lake each of which triggered incredibly positive emotions. I was particularly amused by the fidgety atmosphere around pied avocet and their chicks. And the impressive display of the pygmy cormorants on the sticks abreast impressed me with its solemn grandeur.

I particularly liked it that there were no stuffed animals in the Pomorie Visitor Centre but instead a great collection of plastic figures of the main species represented in the area. Also, very informative stands provided a wide range of information about the species diversity.

Attending the centre and buying a ticket for 4 levs (2 euro), visitors support the biodiversity of Pomorie Lake. The money collected will be used on conservation activities (building new islands, cleaning the canals, etc).

The Puppet Theater in the Coat Fueled by a […]