How I adopted 4 wild birds. The first impressions of our meeting 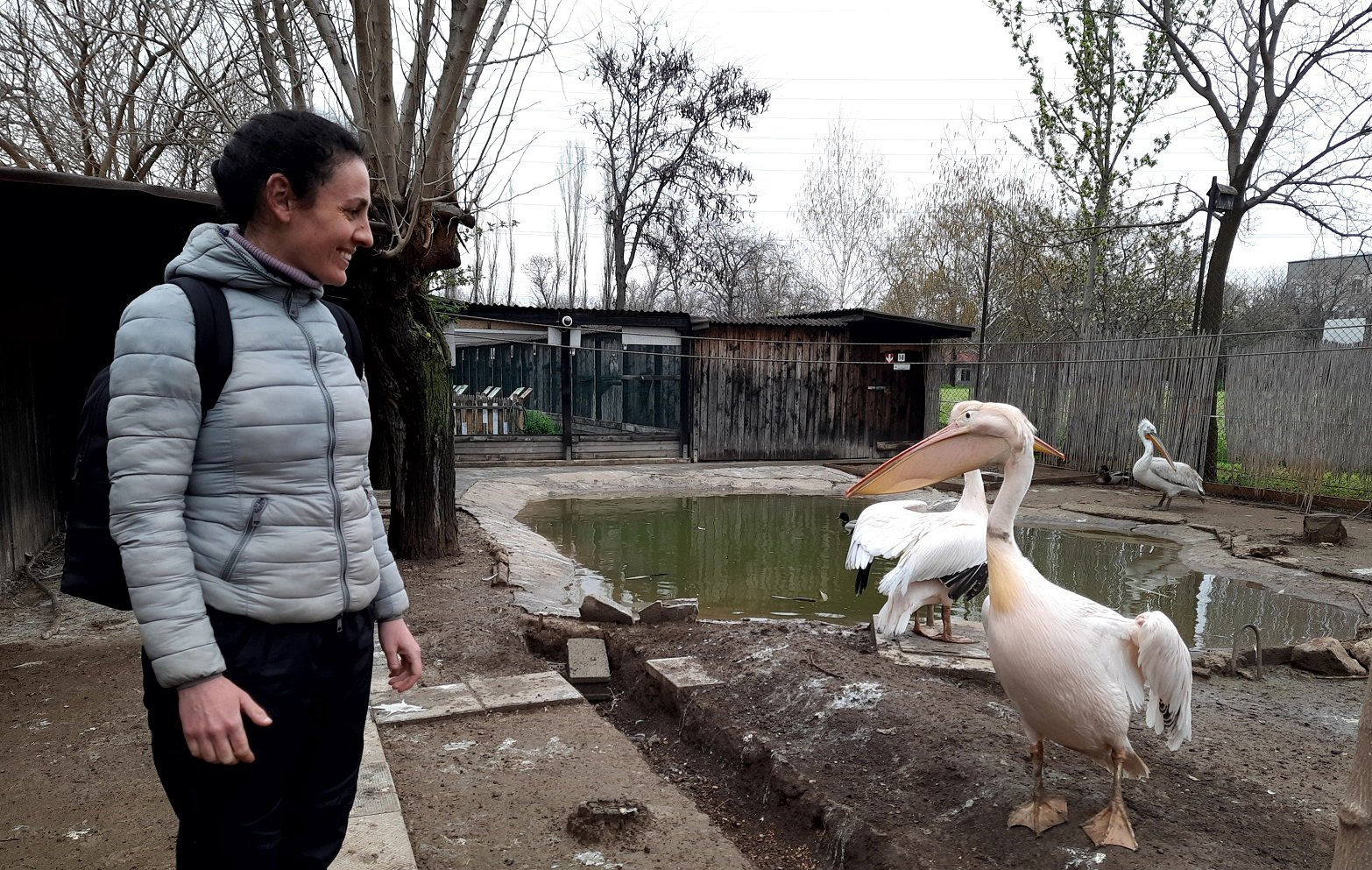 A white stork, a grey heron and two owls are now under my wardship for several months. I cannot take them home, but the adoption scheme allows occasional meetings to get to know birds in Bulgaria. With permanent disability, the birds are lifelong patients of the Wildlife Rescue Centre – Green Balkans in Stara Zagora (Bulgaria).

The chosen birds are my favourite species, and I picked them from the list of the adoption programme. Indeed I see this form of engagement with wild birds as an excellent opportunity to learn about rare species and interact with them.
The adoption scheme is a fundraising effort to treat ill animals and carry out conservation work to preserve extinct species.

Such symbolic adoption helps to provide birds with the necessary support needed in the result of habitat loss. And it’s a mutually beneficial form of engagement with wildlife too. Birds get support, and their supporters find endless enjoyment and inspiration.

Hundreds of people from different countries have supported the centre, but the first adopters were inhabitants of the local orphan’s home.

With three sections – a visiting area, rehabilitation and breeding – the centre is home to over 500 wild birds, represented by 35 species. Some of them are temporary there and after treatment will be released, and others will stay there forever due to severe injuries.

Electrical shock from power lines, collisions with vehicles, habitat loss, poaching are the main reasons for bird injuries.
‘We’ll send some birds to zoos across Europe, – says Hristina Klisurova, PR manager and vet. – Many of our pelicans, swans, storks and falcons have already found their new homes in Bulgarian, British and Czech zoos’.

Bulgaria boasts a rich diversity of birds – over 400 species. Some of them are gorgeous, others freaky – but they all are important to the ecosystem and deserve our respect, compassion and protection.

To meet the adopted birds, I came to the Wildlife Rescue Centre – Green Balkans in Stara Zagora where I got the certificates with the images of the adopted birds. For three days, I observed the busy activities of all three sections. The breeding section and visitor centre are in the same area, and the rehabilitation department is about 200 metres further.

At first glimpse, the place reminds a mix of lab and zoo. There are a lot of people in medical uniform and plenty of birds in cages and enclosures.

The two of my adopted birds, owls, live in cages, and two others, a stork and heron, walk around a fenced area. While the owls are very calm, the stork has quite a quarrelsome personality. He’s often engaged in arguments with other storks or herons.

The heron, in contrast, is very shy and doesn’t like to be in the public eye. The beautiful bird with blue plumage spends most time hiding somewhere, and its occasional appearances are very brief.

With over 120 video cameras in the cages and the area, the birds’ activities are under constant scrutiny.
The bird caretaker Dimitar Todorov (in the image below) starts his working day with careful analysis of the video data. It follows by food preparation for all the species and construction projects devoted to building nests.

All the permanent inhabitants of the centre have names. Because of constant interaction with people, their behavioural patterns have changed significantly and developed a great curiosity about people’s activities.

A striking example of such changes is the 15-year pink pelican Gruyo. He is the most amusing and interactive creature in the centre. As the result of his encounters with poachers, he lost a part of the wing. By the end of his life, he will require medical observation.

Expressing his emotions with funny sounds and movements, Gruyo busily approaches every person that enters his area. The daily interaction with volunteer Stilian Atanasov is one of the favourite activities of the bird (in the video below). The pelican enjoys eating from the boy’s hands and playing with him.

Stilian has been volunteering with the centre for over three years. The 17-year schoolboy is finishing school and thinking of devoting his future career to animals. With his volunteering, he wants to support birds and, at the same time, to appeal to people to be thoughtful of the species they live by.

Breeding projects are one of the specializations of the centre. They focus on the strengthening of populations of Bearded vultures, Imperial eagles, Eurasian black vultures, saker falcons and lesser kestrels.

Now, the team of British and Bulgarian experts are working on the reintroduction of saker falcons. By 2018 this species had virtually disappeared from Bulgaria.

Shortly, the experts will attach video trackers on released birds to get more information about the species and increase public awareness of these beautiful birds.

The working day in the rehabilitation section begins with the medical examination of patients or operations of injured birds delivered by people who have found them across the country.

On my first day, I witnessed the amputation of a wing of a falcon. The international team of vets from Bulgaria, Russia and Portugal spent two hours treating the bird.

That day finished with the admission of a new patient, a marsh harrier, delivered from Varna. He has wing joint dislocation and will spend the following 2-3 weeks in the bandage.

The student of veterinary Denitsa Petkova (in the image below) is one of the drivers of the process and one of the youngest and the most active helper to the birds. She successfully combines performing of the operations, professional exchange with foreign colleagues and attending online lectures of her course. In this way, the young vet shapes a new modern culture that helps to establish new professional standards in Bulgaria. And this contributes to the development of biodiversity in Bulgaria and preserving rare species.

People often find injured birds all over the country. It’s essential to contact the centre as soon as an injured bird is spotted. And the specialists will provide the necessary help. Some people understand by first aid as feeding the bird or giving them water. Frequently such ‘help’ is fatal.

For the three days, I interacted with about 20 professionals and watched hundreds of birds in different conditions. I had never imaged before that birds could express so many emotions and represent so many characters. My visit to the centre has left lasting impressions, gave me food for thought and many ideas for future projects.

The Wildlife Rescue Centre is definitely a place where one wants to come back many times. Despite its specific activity, it’s an endless source of inspiration and positivity.

Photos and videos by Tatyana Garkavaya